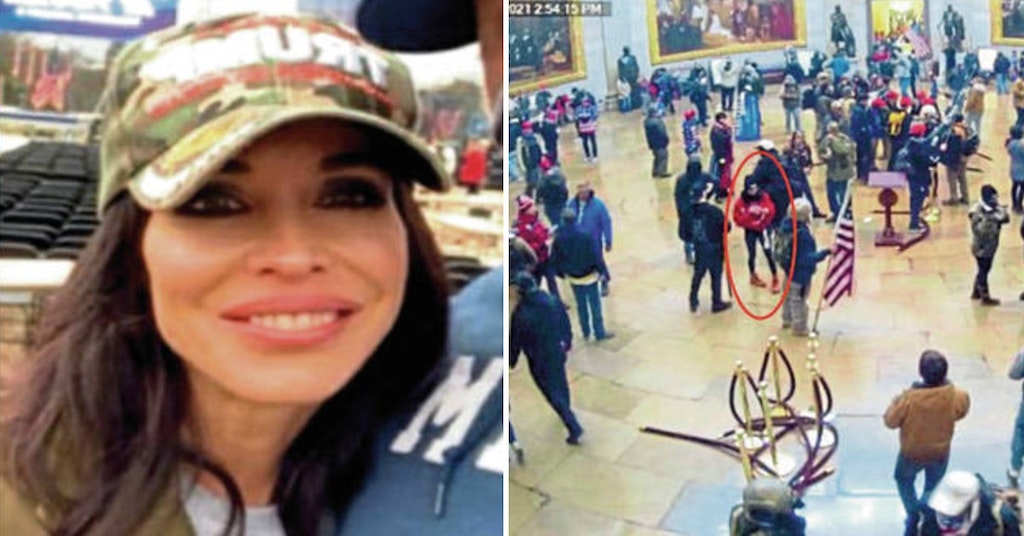 The FBI is still tracking down and arresting people who participated in the assault on the Capitol on January 6 to the point that it’s no longer newsworthy, but one recent case was a double whammy for the arrested Trump supporter.

Jennifer Marie Heinl of Pennsylvania was not only served with multiple felony charges, she got divorce papers from her husband, who is a member of the FBI’s violent crime taskforce unit in Pittsburgh.

Mike Heinl reportedly filed for divorce in February after photos emerged showing his wife at the Capitol that day. His FBI department chief has said that Mike did not support the insurrection.

According to court documents, Jennifer made plans to travel to D.C. back in November with Kenneth Grayson, who was arrested and charged in January for his role in the insurrection.

The Facebook messages between the two contradict what she told the FBI, which was that she traveled to D.C. alone on January 5 and returned home the next day, having never entered the Capitol building.

The criminal complaint also included photos of Jennifer and Grayson together in the Capitol Rotunda and other places inside the place she said she didn’t enter. Lying to the FBI, of course, comes with its own felony charge, in addition to violent entry and disorderly conduct on Capitol grounds.

According to Trib Live, Mike knew that his wife was planning to go to D.C. on January 6 and asked her “repeatedly” not to go. He has been a part of the local FBI task force for three years and has been married to Jennifer since 2013.

“In fact, he asked her not to go,” said Shaler police Chief Sean Frank. “She apparently told him ‘I’m going to the rally.'”

“He had no idea it would be more than that.”

Frank also reported that Mike has received multiple commendations for his work with the FBI and praised him for being a “very thorough investigator.” It would seem that Mike now likes the FBI more than he likes his wife.

“He’s very disappointed in the actions of his wife,” Frank said. “He doesn’t blame the FBI.”

Jennifer was released on a $10,000 unsecured bond and will be expected to appear in court on March 24 for a preliminary hearing on the charges she faces for her actions. Not many people talking about the case on Twitter appear to have much sympathy for her.