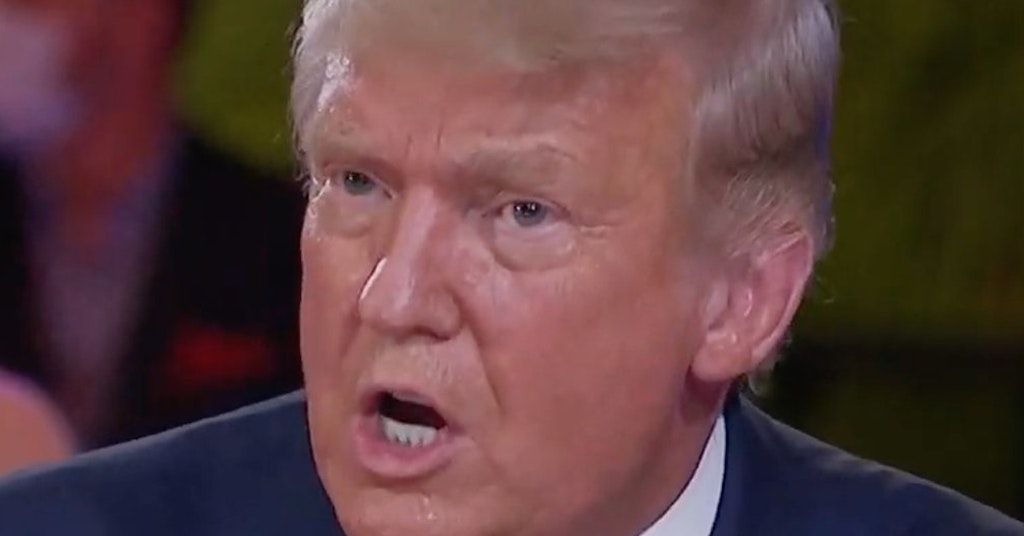 
So, you know how lots of people are going around saying that they can’t tell whether our lives have turned into one big Onion satire piece? That actual news under the Trump administration is just as bizarre and absurd as something you’d read on The Onion’s site? Well, apparently President Trump is also getting his satire confused with his reality.

Trump posted a tweet early this morning, citing a satire news site's article about Twitter shutting down due to stop the spread of negative Biden News before Trump's town hall.

Trump appeared to take the report seriously: "Wow, this has never been done in history. This includes his really bad interview last night. Why is Twitter doing this. Bringing more attention to Sleepy Joe & Big T."

The website, The Babylon Bee, is a satire site. "We write satire about Christian stuff, political stuff, and everyday life," the website says. "We focus on just the facts, leaving spin and bias to other news sites like CNN and Fox News."

But no one bothered to tell Trump that, and he certainly couldn't tell on his own. Jake Tapper tweeted about the President's confusion, writing, "Not sure what's more telling here, that the president took a satirical site's joke as a fact, or that hours later no one on his staff has apparently told him he should take it down."

Last night, Trump and Biden both participated in dueling town hall events conducted live on separate networks. Notably, after the debate, folks praised moderator Savannah Guthrie for grilling Trump in a rigorous way—something other moderators have failed to do. It wasn't a good look for the President, who refused to denounce QAnon even after multiple prompts by Guthrie. Trump just kept saying he didn't know anything about the far-right conspiracy theory that maintains a group of Satan-worshipping pedophiles are running a global child sex-trafficking ring and plotting against Trump.

Trump's tweet comes after efforts by Twitter and other social media platforms to prevent the sharing of a New York Post report about Biden and his son Hunter—an report that many say was potentially influenced by Russian disinformation.