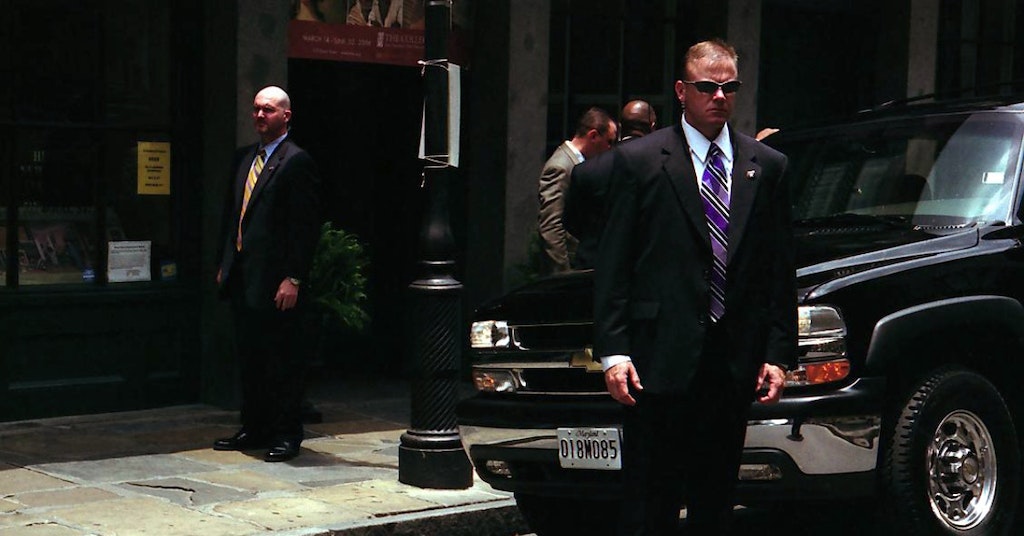 According to a new book by Pulitzer Prize-winning Washington Post reporter Carol Leonnig, Donald Trump was particularly concerned with the size of his Secret Service agents, seeking their removal if they were too short or heavy for his liking. The book, Zero Fail: The Rise and Fall of the Secret Service, examines the growth, successes, and various failures of the agency in their task of protecting the U.S. president.

Among these failures are the time nobody had the right security key when trying to evacuate then-Vice President Dick Cheney on 9/11 and the time they let some rando wander into the hotel where First Lady Michelle Obama was staying and get within a couple of steps of her suite. However, for certain Secret Service agents, their worst period was under the Trump administration.

Leonnig reports that Donald Trump was unusually preoccupied with removing agents he considered to be too big or too small, saying that he wanted “these fat guys off my detail.”

“How are they going to protect me and my family if they can’t run down the street?” he once asked.

Observant people may immediately recognize the irony of a man Trump’s size denigrating other people for being “fat,” but he’s also wrong in assuming that fat people are out of shape by definition or in any way less capable of doing their job. Fit people come in all shapes and sizes, as the Republicans who claimed that Trump was strong and healthy during his presidency might agree if they were even the slightest bit honest.

Regardless, Trump has a solid reputation for caring about appearance above all else. Before getting into politics, Trump owned or co-owned multiple beauty pageants and routinely showed up to “inspect” contestants and comment on how they looked. He was also obsessed with the weight of the young women competing, repeatedly harping on 1996 Miss Universe winner Alicia Machado about it after she won.

“When you win a beauty pageant, people don’t think you’re going to go from 118 to 160 in less than year,” he said to People Magazine.

The release of Leonnig’s new book comes shortly after the revelations that multiple women in the Trump circle pursued relationships with Secret Service agents during his time in office. Donald Trump Jr.’s ex-wife reportedly “had gotten very close to one of the agents who had been assigned to her family,” and Tiffany Trump “began spending an unusual amount of time alone with a Secret Service agent on her detail” soon after breaking up with her boyfriend.

Maybe staffing the agency only with tall, thin agents wasn’t the best idea Trump ever had.