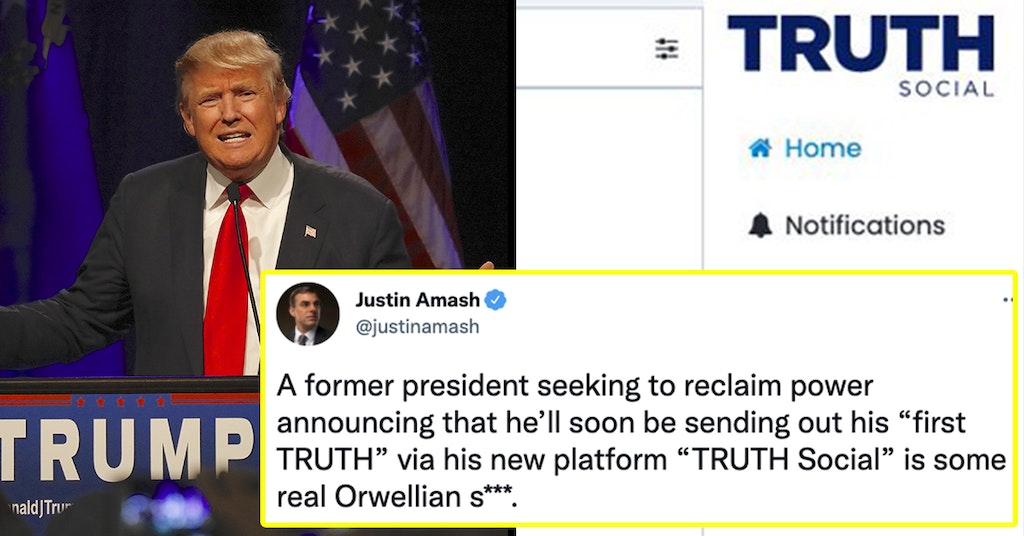 Donald Trump has long insisted he would simply launch his own social media platform as a response to getting kicked off of Twitter, and it seems he may actually make good on that threat. The former president announced on Wednesday that he’s launching “TRUTH Social” in the near future.

The network will be part of Trump Media & Technology Group (TMTG), a publicly-traded company that a press release suggests will be initially valued at $875 million and whose “mission is to create a rival to the liberal media consortium.”

“I created TRUTH Social and TMTG to stand up to the tyranny of Big Tech,” Trump said. “We live in a world where the Taliban has a huge presence on Twitter, yet your favorite American President has been silenced. This is unacceptable… Everyone asks me why doesn’t someone stand up to Big Tech? Well, we will be soon!”

While a beta version is expected to roll out for limited testing in November (with a full launch to follow next year), a test version of the site was discovered by some Twitter users, who did us all the favor of messing around with it to see how it went.

And some raised early concerns about the terms of service as well as the company itself.

This was never going to be a win with anyone critical of Trump, but TRUTH Social is already getting its fair share of mockery, as are both Trump and the site’s prospective users.

And people are pretty sure they know how this is all going to work out.

The best-case scenario seems to be that this company fizzles out and dies the same way other pointedly conservative social media sites generally have, but even if that happens, there’s likely to be some sort of drama on the way.