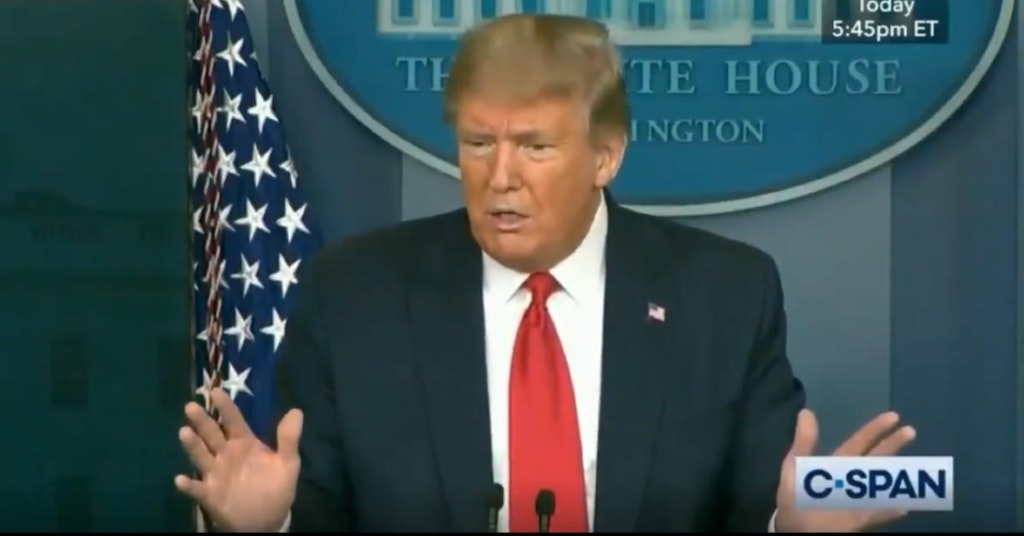 New Woodward Audio Has Trump Calling The Coronavirus “The Plague”


More tapes have been released from Donald Trump’s interviews with Bob Woodward which contain additional evidence that the president was well aware of the dangers of the novel coronavirus. This time, the interview was conducted soon after Trump had called for the firing of Dr. Anthony Fauci in a tweet and defended himself for doing so.

At one point, he described an incident in which someone caused an Oval Office evacuation for sneezing because they all knew how contagious the virus is.

“Bob, it’s so easily transmissible, you wouldn’t even believe it,” Trump said. “I mean, you could be in the room… I was in the White House a couple of days ago, meeting with 10 people in the Oval Office and a guy sneezed, innocently. Not a horrible — just a sneeze. The entire room bailed out, OK? Including me, by the way.”

Not only did Trump appear well aware of how contagious the virus is, he seemed to understand just how deadly it could be as well as how much of an impact it has on the entire human body. He went as far as calling it "the plague."

“This thing is a killer if it gets you," Trump said to Woodward. "If you’re the wrong person, you don’t have a chance.”

This interview was conducted in April, when areas of the U.S. were struggling to keep up with the COVID-19 cases to the point that doctors were forced to decide who got a respirator and who was essentially left on their own to likely die. It was also the same day that Trump was sharing tweets calling for Fauci's firing.

Four days later, Trump published tweets calling on the people of certain electoral swing states with Democratic governors to "liberate" themselves after said states implemented shutdown measures to slow the spread of this "plague."

Trump has attempted to defend his decision to lie to the American public about the nature of the virus by claiming that he didn't want to "cause panic." While right-wing media has run with this excuse, few on the left are finding this to be a valid reason to allow the U.S. to become the epicenter of the global pandemic with very nearly 200,000 fatalities.

Instead, they can't stop pointing out the stark differences between Trump's public and private thoughts on the issue.