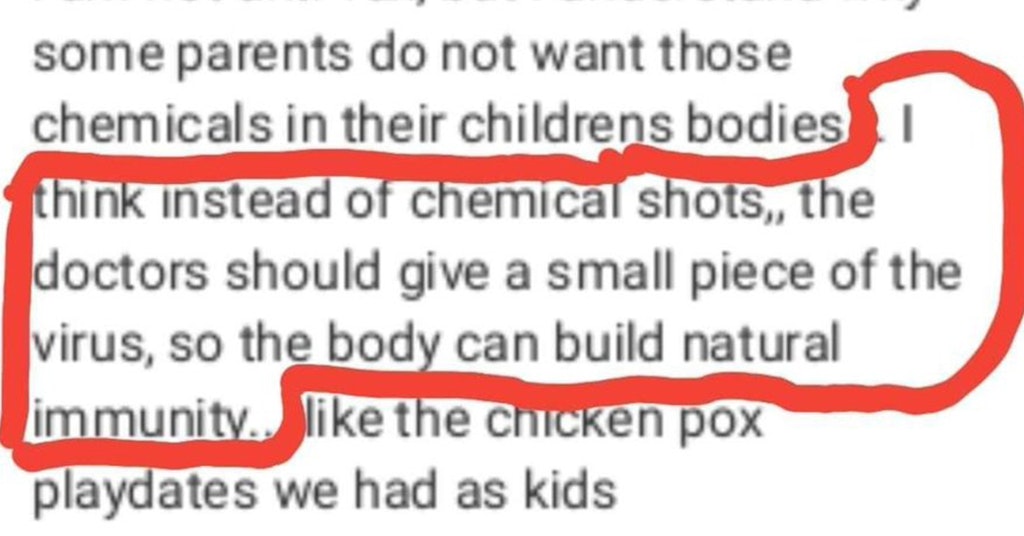 
It’s easy to get frustrated with anti-vaxxers. Their stubborn and unfounded belief that vaccines harm children is what’s actually harming children, since herd immunity is gravely reduced. People with compromised immune systems, who can’t be vaccinated themselves, are at higher risk. Seemingly healthy kids and adults have also been coming down with illnesses that vaccines had practically eradicated. One of the worst parts of the anti-vaxx movements (besides the entire thing), if the incorrect and ableist belief that vaccines cause autism. This idea is naturally pretty offensive to people with autism, who see parents that would rather watch their kids die from polio than be on the spectrum.

It’s a horrible mess, and most anti-vaxxers are pretty smug about their bad ideas. It’s gotten to the point that parents are pulling their kids out of school as states enact laws requiring vaccinations despite personal-belief exemptions. The disruption of education for children really drives home the biggest motivator of the anti-vaxx movement: total ignorance.

A Twitter user @Golfergirl2018 screencapped and shared a post they saw on Facebook, which was written by someone who says he’s not an anti-vaxxer, but he sympathizes with parents who don’t want to put “chemicals” in their kids. So he proposed an alternative solution, writing, “I think instead of chemical shots the doctors should give a small piece of the virus, so the body can build immunity.”

As seen on FB.

The writer compares their idea to something called “chickenpox playdates,” which has been a common practice where a kid with chickenpox deliberately passes it on to another kid, because it’s a relatively safe illness to have as a child. It becomes dangerous later in life, so some parents decide to get it out of the way.

A lot of people were quick to make fun of this guy who so totally doesn’t understand what a vaccine is that he reinvented it as an alternative:

They also like to point out the warnings on the labels…not realizing that black box warnings appear on every FDA approved drug. I show them the MSDS sheet for table salt and caffeine and warn them not to eat food or drink coffee.

But others thought the comment really highlights why the anti-vaxx movement is on the rise. There’s a failure in education and it’s only getting worse.

The problem is the anti-vax movement thinks they are more educated than the average person about vaccines. I have been told so many times by anti-vax moms just how much research they did to reach their decision not to vaccinate. It’s all BS “science” but it’s hard to combat.

This concerns me from the perspective of education. I don’t blame this person- they’re not antivax, they’re uneducated. Public health has failed them. It is our job to do better for people in the middle like this.