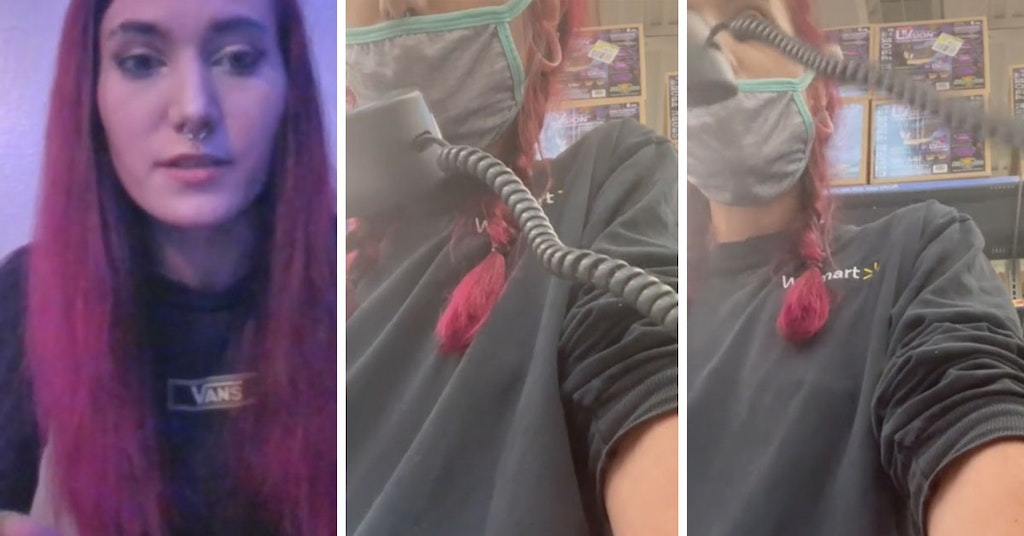 What made it noteworthy? Well, Beth quit over the PA system … and she had a lot to say.

In the video, she calls out the store manager Jared for being “a pervert.” She also names and shames two other managers for “constant gaslighting,” and for treating their employees, particularly the elderly, “like s—t.”

After listing the names of several colleagues and expressing her support for them, Ms. McGrath added: “Walmart doesn’t deserve y’all.”

The video has garnered over 5.3 million views and over 850,000 likes on TikTok. It’s also gone viral on Twitter.

McGrath also posted a follow-up video, in which she explained her motivations.

McGrath lets viewers know that she is “so grateful” for the emotional support and monetary donations she has received since the video went viral. Getting choked up a little, she ends by saying that if she could give anyone advice based on the experience she’s had after posting the video, she would say, “Do not be afraid to speak your peace, even if it tears you down first.”

The internet continued to give her support, with people from all over the country offering her jobs in other states if she wants to relocate.

Michael Moore dubbed her first video the “Resignation Speech of the Year,”

and Tom Morello called her a “hero.”

In the comment section of her second video, McGrath also commended a fellow Walmart ex-employee named Shana, from Texas, who went viral last November after quitting over the PA system as well.

In a world full of Karens and Chads, let us all strive to be Beths.