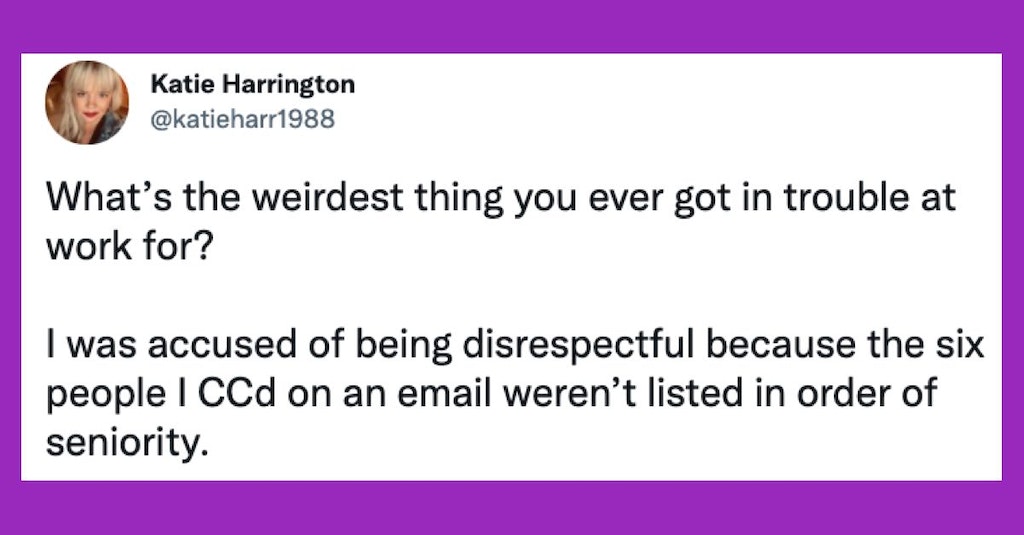 Being at work often feels like 20 percent actual work and 80 percent getting criticized by management types with control issues. Even if you keep your head down and do your work, you’ll end up in their crosshairs eventually. That’s why there were so many responses to a viral tweet from writer Katie Harrington, who wondered what the weirdest thing her followers had gotten criticized for at work. She even gave her own example.

“What’s the weirdest thing you ever got in trouble at work for?” they wrote. “I was accused of being disrespectful because the six people I CCd on an email weren’t listed in order of seniority.”

That is pretty wacky, but plenty of the responses are even weirder. It’s pretty shocking that some of these people manage to do their jobs at all—but I do hope they’ve moved on to working somewhere better.