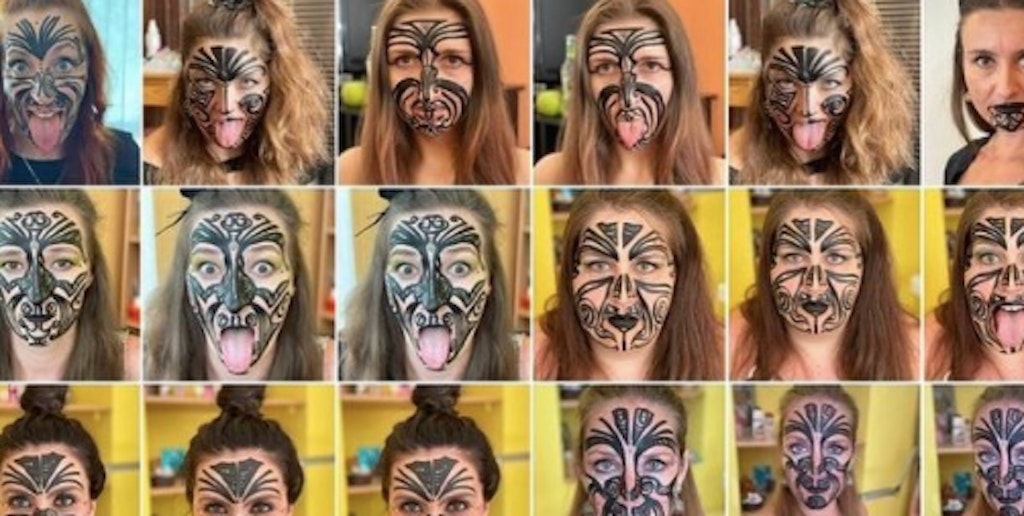 A Czech choreographer named Jarmila Chromíková is receiving a lot of critical scrutiny after posting a video featuring seemingly all white dancers performing a bastardized version of the traditional Māori Haka dance. The dancers have been accused of wearing blackface, according to the Daily Dot, having painted their faces in an offensive caricature of cultural tattoos, Ta Moko and Moko Kauae.

Co-founder of End Conversion Therapy in New Zealand, Shaneel Lall, posted a clip of the dance and screenshots of the dancers painted faces.

“The absolute audacity of these colonesians,” they wrote. “@jarmila_chromikova what kind of behaviour is this? This is no longer innocent behaviour – it’s blatant racism. It’s dangerous.”

“Blackface is part of a history of dehumanization, of denied citizenship, and of efforts to excuse and justify state violence,” they continued. “From lynchings to mass incarceration, whites have utilized Blackface (and the resulting dehumanization) as part of its moral and legal justification for violence. It is time to stop with the dismissive arguments those that describe these offensive acts as pranks, ignorance and youthful indiscretions. Blackface is never a neutral form of entertainment, but an incredibly loaded site for the production of damaging stereotypes.”

Chromíková claims to specialize in Bollywood dance styles, and hashtagged her original video with #bollyhaka, #facepainting, and #newzealandinspiration. The dance fusion vagueness has since been taken down and she’s set her profile to private.

The Haka dance is a ceremonial expression used on the battlefield or during celebrations, and it’s not really meant to be done by just anyone as a fun exercise. Even without the bizarre face painting and racist posturing, it would be inappropriate for these dancers to be performing any version of it.