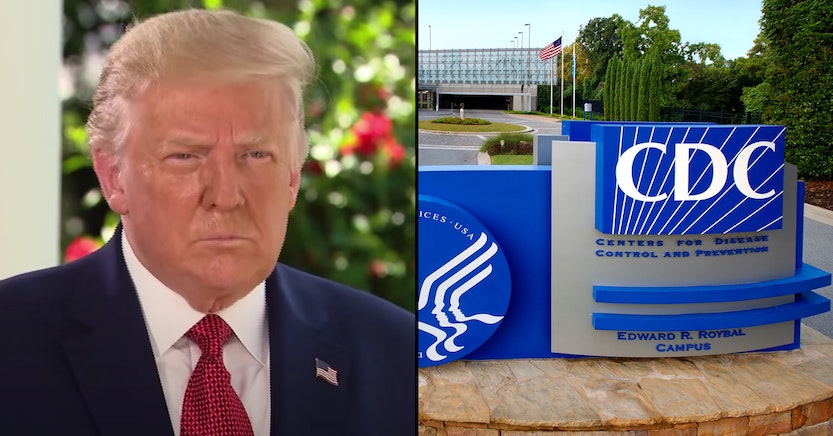 In a deeply controversial move, the White House has ordered hospitals to send data about COVID-19 patients directly to Washington, D.C., effectively bypassing the Center for Disease Control, which has collected public health data for years.

The New York Times reported on what they referred to as a “little-noticed documented posted this week on the Department of Health and Human Services’ website,” which instructs hospitals to send daily reports to HHS rather than the CDC to assist in tracking how the pandemic is progressing and where hospitals stand on available equipment and space.

The new process will have hospitals access a link sent out directly from the HHS database, and fill out the information required. While White House officials are claiming this will streamline the process and better inform the federal government’s coronavirus task force, there is concern that the data may be misused, withheld, or even skewed to benefit the Trump administration.

“Centralizing control of all data under the umbrella of an inherently political apparatus is dangerous and breeds distrust,” Nicole Lurie, who worked for the Obama administration as assistant secretary for preparedness and response, told NYT. “It appears to cut off the ability of agencies like CDC to do its basic job.”

There is additional concern surrounding the HHS database itself.

The database, referred to as HHS Protect, was built in part by data mining and predictive analytics firm Palantir, reports The Verge. Palantir was initially funded by Peter Thiel, one of Trump’s billionaire buddies, and has ties to “the US military and other clandestine government agencies.”

CDC officials aren’t the only ones nervous about what this change of policy could mean for the country.

Will the U.S.’s coronavirus numbers miraculously start going down over the next month, even though we are doing virtually nothing to stop the spread of the virus? Stay tuned! And more importantly: stay HOME.