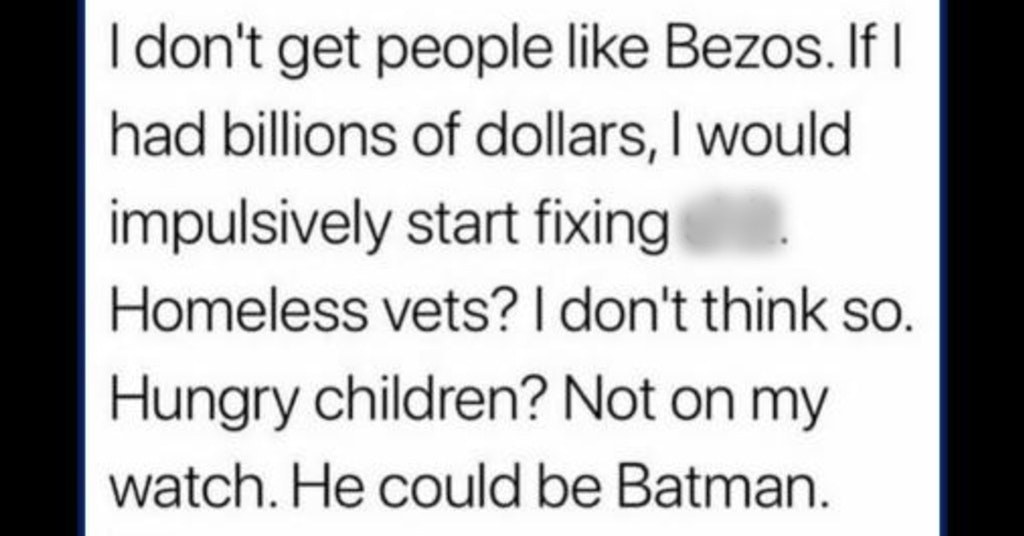 Ever since billionaires have become a thing, people have been asking why they don’t just use their vast fortunes, 99.9 percent of which they do not need, to fix all of the world’s problems. We know how much money it would take to fix the water system in Flint, Michigan, or end world hunger for the next few years, or make sure that no one goes bankrupt from hospital bills, and it’s never more than the collective wealth of the world’s billionaires. Not even close.

So why don’t they just become the world’s most beloved heroes and save millions of lives? On the contrary, even when the mega-rich say they’re going to pitch in to solve a problem, that tends to end up being an empty promise. After millionaires and billionaires pledged some of their money to rebuild the Notre Dame in Paris after part of it burned down, none of that money materialized.

One Twitter user put this baffling phenomenon into words in a now-deleted but forever-preserved tweet that ended up on Tumblr. 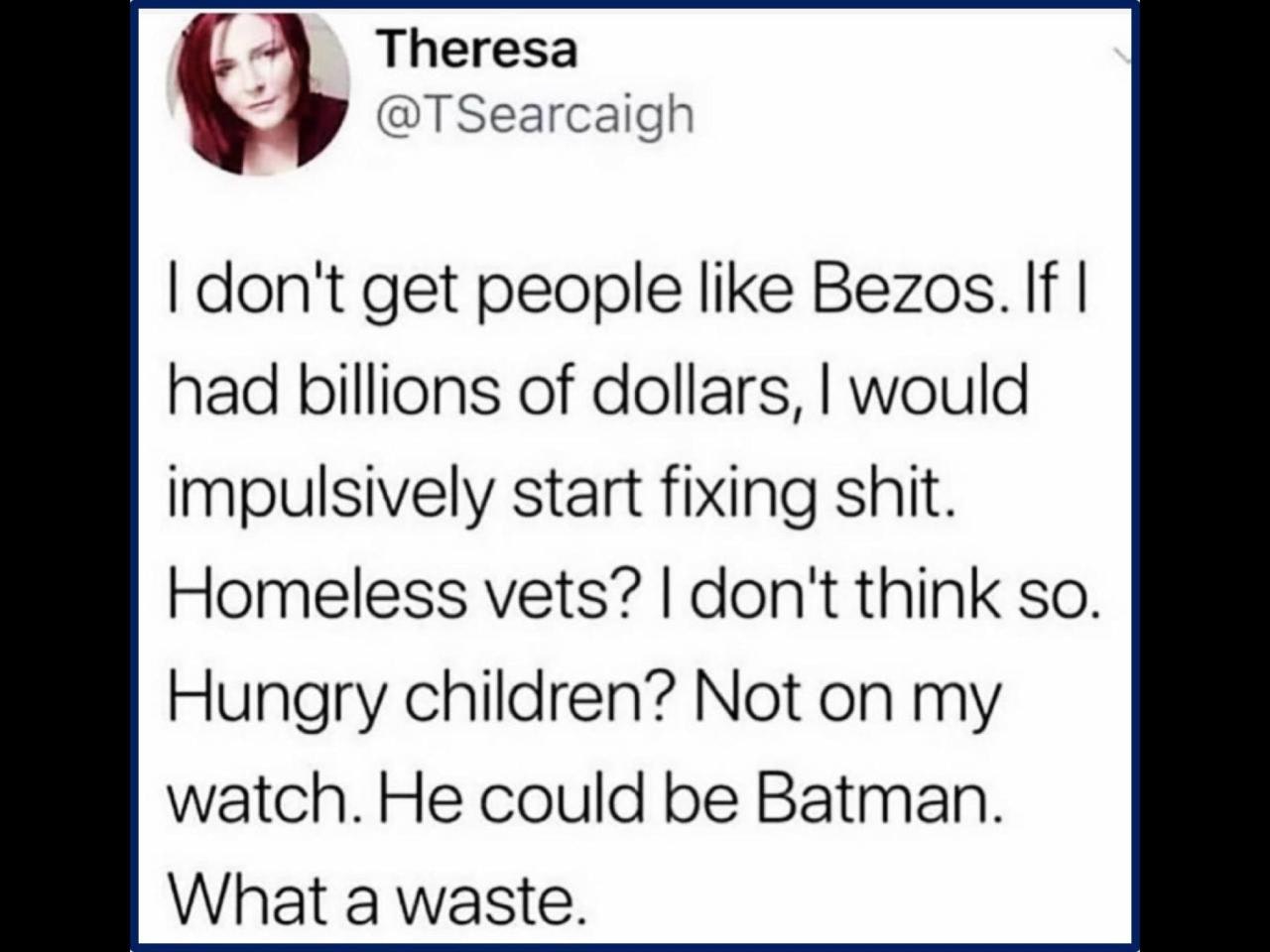 “I don’t get people like Bezos,” Theresa wrote. “If I had billions of dollars, I would impulsively start fixing s***. Homeless vets? I don’t think so. Hungry children? Not on my watch. He could be Batman. What a waste.”

After so many years of people asking this same kind of question, one Tumblr user finally offered and explanation that makes a lot of sense.

“If you’re the kind of person who would do that, you never become Bezos in the first place,” wrote user olivesawl.

“My Dad owned a business my whole life. It was profitable, but it didn’t expand. I ask him once why he never grew it, and he said it’s nearly impossible without climbing on someone’s back–your vendors, your customers, your employees. Particularly that last one.”

This wise Tumblr user explains that there is a crossroads every business owner comes to where they have to decide whether to treat people right or screw them over. If you’re a good person, there’s very little chance of you becoming a billionaire in the first place.

“You don’t wait until your business is big to be a good human being. The very first time you have to choose between your own profit and your employees health insurance, you choose the [latter]. You give maternity leave even though the government doesn’t make you. You dock your own salary to not lay people off during a recession.”

Some CEOs have indeed docked their own pay during the coronavirus pandemic in order to keep more employees, and none of them are Jeff Bezos.

“It’s just not maximum profit,” olivesawl concludes. “If you don’t prioritize extracting profit from every corner of your business, you never become rich enough to give billions away.”

The original post now has over 64,000 notes on Tumblr, and many others have chimed in to support this idea with their own examples of family members who were decent people running businesses without stepping on other people’s necks.

Does this mean that you can’t be a billionaire and be a good person? Yes, yes it does.