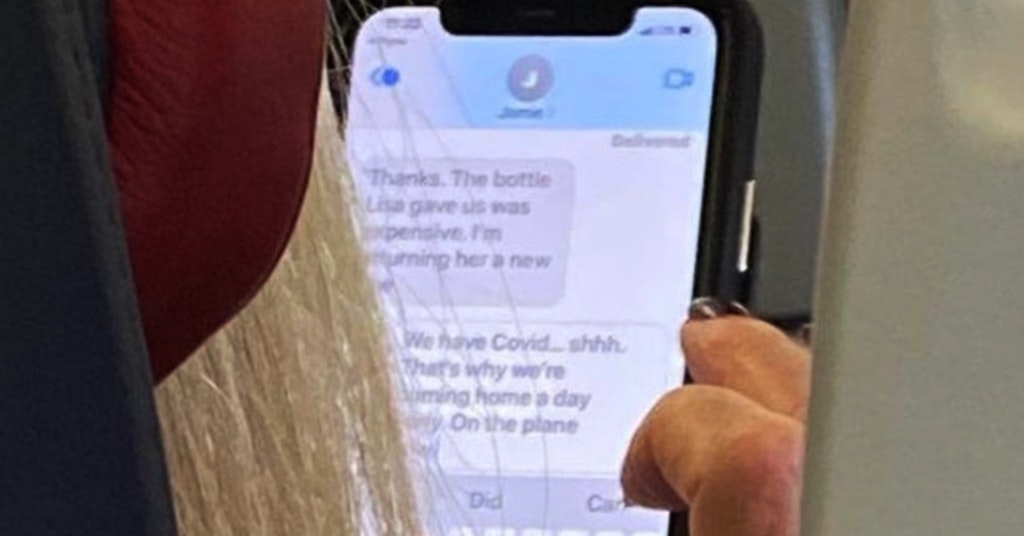 Every day, it seems like another American is caught doing something that reminds us why we’re still struggling so hard with this pandemic nearly two years after it began. Every instance is a new source of frustration, as people continue to choose immediate selfishness over what will ultimately benefit all of us in the end.

Redditor u/tristydotj was on an airplane when they noticed the woman in the seat in front of them was having an “alarming” conversation via text.

“We have Covid… shhh,” the woman had typed. “That’s why we’re coming home a day early. On the plane now.”

According to u/tristydotj, the woman was wearing a disposable mask, but when you know you’ve tested positive for COVID, the protocol is to stay home for whatever amount of time the CDC is recommending at the moment, not cram onto an enclosed space with a bunch of other people.

The complete disregard for the well-being of others had people fuming as the photo spread across social media.

And some folks had thoughts about how they would have handled being put in such an awful situation.

COVID cases in the United States have been skyrocketing with the holidays, with over 704,000 new cases being reported on Wednesday alone, up from under 35,000 new cases the same day a month earlier.

So maybe, just maybe, don’t get on a plane when you know you have COVID.