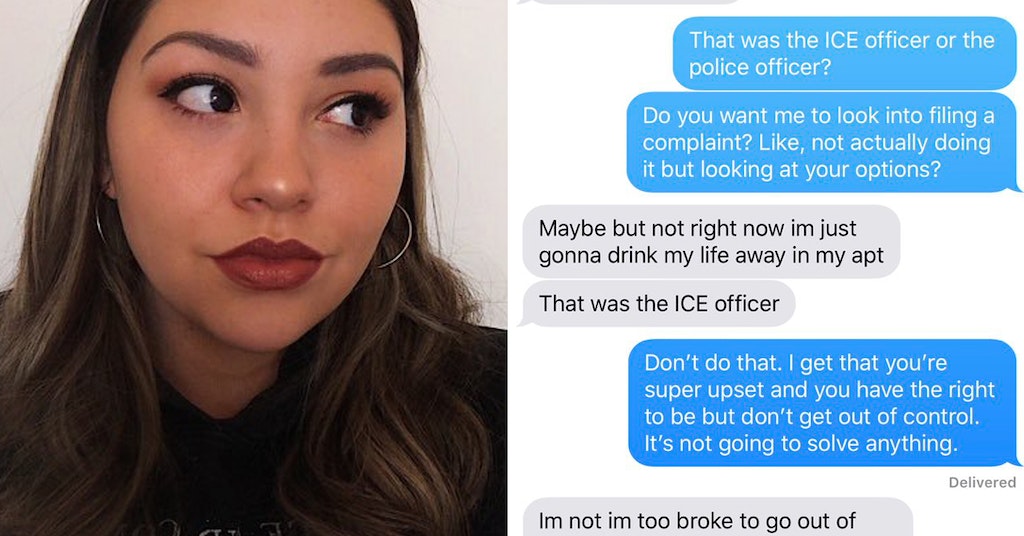 More and more stories have been bubbling up detailing how ICE, CBP, and other law enforcement officers are ignoring laws, flouting guidelines, and otherwise overstepping their authority to round up anyone they think might be an undocumented immigrant. These stories coupled with reports of the squalid conditions of border detention centers many are calling “concentration camps” have shocked the consciences of many Americans, including Democratic lawmakers.

As Trump stirs fear of immigrants to advance his racist agenda, the persecution of citizens of color is a dark, calculated outcome.

Francisco Galicia was born in Dallas. His detention isn’t an anomaly—it’s a call to action.

We must change our course.https://t.co/i1iPVg6m5S

Recently, U.S. citizen Francisco Galicia was released from CBP custody after spending over three weeks in a detention center where he lost 26 pounds. Galicia had a U.S. birth certificate and passport, but law enforcement officials ignored his documents. Now, according to a woman’s viral thread on Twitter, we have one more instance of a U.S. citizen being detained despite documentation of his citizenship.

In a story similar to Galicia’s, Twitter user @WeirdHonie shared how ICE officers picked up her brother—who she says is a U.S. citizen—in a heartbreaking thread that quickly went viral.

According to the woman, her brother was pulled over, racially profiled for his last name, and arrested on the spot.

Just like in the case of Francisco Galicia, her brother’s valid U.S. passport made no difference to law enforcement.

She asked him where he was born and he said he was born in Mexico. She immediately took him into custody. He told her he was a citizen again and that he had his passport with him. She said she didn’t care and that he could show it to ice himself.

According to the woman, they subjected her brother to a series of humiliating questions.

When they got to the station they took him into an interrogation room where they asked him things like how was he a citizen. When did he come here. Who did he get his citizenship from. How did MY MOM get her citizenship. How was he sure he really was a citizen

He answered what he could and asked them why they were questioning him when they could easily verify his status. They said that it didn’t matter, that they needed to be thorough because of “everything that’s happening now”

They said that even if he’s a citizen they had to question him because he was born in Mexico. They held him for hours ILLEGALLY.

She went on to share just how frightening this is. Immigration and law enforcement officials are increasingly overstepping their authority to round up, detain, and interrogate people of color—even U.S.-born citizens.

These people don’t give a single FUCK about our status. All they care about is rounding us up and shipping us out. They will not follow the law. They will not honor our rights. This shit is only going to get worse from here.

This happened because he has an ethnic last name. THEIR END GOAL IS ETHNIC CLEANSING

They saw a Latin man with an ethnic name and assumed he was lying about his legal status REGARDLESS of the fact that he had his documents.

She says they eventually let her brother go. Unlike Galicia, he didn’t spend over three weeks suffering in a detention center.

We’re lucky that they let him go as quickly as they did but even having to sit through hours of that was so incredibly fucked up and dehumanizing.

She went on to caution others to learn their rights in order to combat immigration officials determined to violate them.

This shit can happen to any of us. Please please please know your rights. Don’t answer SHIT they ask you. Ask for legal representation. Know that regardless of your status you have rights.

She closed by sharing a text conversation with her brother. He seems pretty rattled by the whole situation and just wanted a drink to forget about it.

You bitches really did this shit to my brother pic.twitter.com/8rjS1A48nA

Border Patrol, ICE, and other law enforcement agencies seem increasingly emboldened to violate the Constitutional rights of black and brown people, and that should frighten all of us.