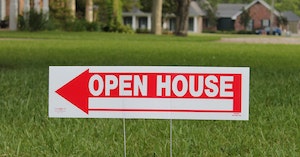 A young woman who managed to purchase a cheap house at the age of 20 took to the infamous Reddit forum “Am I the A–hole” to ask people if she was in the wrong for telling off a new neighbor who called the cops on her for painting her own door. According to the young homeowner, the older woman simply refused to believe that a 20-year-old could ever afford to buy a house in this country, which is understandable, but what isn’t understandable for many is how the elder reacted.

Reddit user “Most_While_8500” explains that she was able to find a house for $15,000 after the man who had lived there for decades passed away. The house needed some work, as you would expect for something that cheap, and the woman approached her twice as she labored to clean up the front yard.

“My next-door neighbor, I’ll call her Jane(50s?), came out and introduced herself. I explained that I just moved in and was preparing my yard for spring,” wrote the young homeowner. “She said it was nice [that] someone was doing some work for the old man and gave me a speil about how it’s a quiet neighborhood and I shouldn’t have parties [sic].”

When the younger woman explained to “Jane” that she wasn’t planning on throwing loud parties but might have some people over for a nice bit of housewarming, the neighbor expressed her doubt that she owned the home for the first time.

“She said it’s weird to throw a housewarming when I was renting. I told her I own the house. She didn’t believe me but went home.”

Amicable enough, but it soon becomes clear that Jane had ulterior motives for introducing herself. Two weeks later, the Reddit poster was out painting the front door, blissfully unaware that Jane was about to reveal her true self.

“She stormed over yelling that I better of had permission to paint someone else’s house,” she wrote. “I again told her I own the home. She started yelling that I was too young to buy a house and she was contacting my landlord.”

Good luck with that, because the young woman had no landlord, and was also fresh out of patience.

“She started demanding proof. I told her it was non [sic] of her business and to get off my property. She walked to the edge of her yard and called the police saying I was a squatter. When they showed up, I showed them my paperwork a asked to trespass her from my home.”

Nosey people do tend to get angry when their blanket assumptions are proven incorrect right to their faces.

The young homeowner was compelled to make an AITA post after her dad called her an “a–” for not just showing Jane the paperwork proving that she owned the house and “making enemies with my neighbors.” However, all jealousy over that house price aside, Reddit users have overwhelmingly dubbed the posted “Not the A–hole” and support her for telling the neighbor off as it was indeed not her business, and calling the cops and accusing her of squatting was a particularly a–hole move.

Multiple commenters further pointed out that a woman like that would probably have refused to believe that any paperwork handed to her by the young homeowner was real, and either way had no right to assume she didn’t have permission to do something as mundane as painting a door. It sounds more like Jane was assuming she was a squatter from the beginning and went into middle-aged woman vigilante mode.