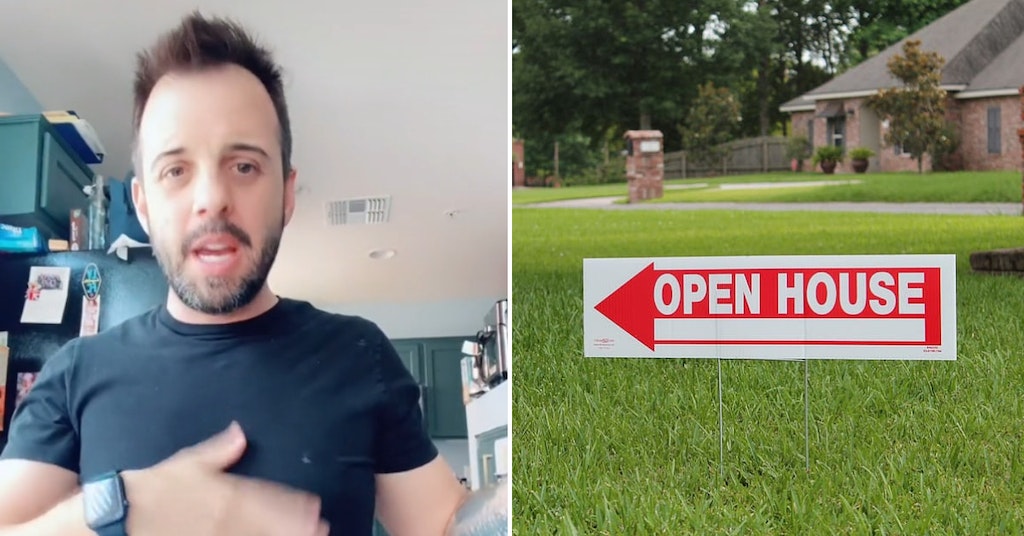 As many are already intimately aware, the current U.S. housing market has become a complete nightmare circus with absurdly inflated house pricing, with desperate buyers offering huge amounts for the few on the market as sales close within days or even hours. Part of the problem, according to long-time real estate agent Sean Gotcher, is that a certain unnamed corporation that everyone assumes to be Zillow is buying up houses en masse and artificially inflating the value of these houses by purchasing the final one in an area at a higher price.

What this does is justify the selling of all of the houses in the batch at the inflated price, driving up housing costs for everyone else just trying to live a normal life and pretend we’re not in a crumbling capitalist dystopia.

This data, according to Gotcher, is then used to pinpoint areas where plenty of people who can afford “a certain amount” are looking at houses so that the company can start buying up those houses — something much easier for a massive real estate corporation than for the rest of us. People are often willing to sell to companies like Zillow at a lower price than their house is worth because it’s such an easy process, while selling to another individual or couple can be a real hassle.

But that’s only the tip of the iceberg.

Because Zillow has enough money to be able to pay with cash in full, rather than getting a loan that requires an appraiser to actually determine the value of the house, they can buy that final home at whatever price they might want to offer. But why would they pay more for that last house than they have to? This is where you might start to get angry.

“Well, what that just did is create a new comp. So when they go to sell these other 30 homes, that extra $40,000, then you can say ‘this one sold for $340,000,’ just made them $1.2 million off that one neighbor, ’cause they know from their research how much people can afford in that zip code. Weird.”

That all happens before they go in and put on a quick layer of new paint and change the carpets and “call it a remodel” so that they can inflate the price of those houses by another $20,000.

After the video spread from TikTok to Twitter, the term “Zillow” was soon trending on the latter platform as many people compared them to Blackrock, another real estate company that was recently in the news for buying up mass amounts of homes. Blackrock, however, is reportedly collecting houses to rent rather than resell, making the argument that home ownership in over and everyone will soon be happy to rent, forever, gaining them accusations of trying to bring back feudalism.

This combined with Zillow “allegedly” driving up housing prices has led many to predict and imminent crash in the housing market similar to the one that preceded the Great Recession in 2008. Zillow has denied the allegations laid out in the TikTok video, because of course they have, but few are buying it. Possibly because they spent all their money on a house with a hyper-inflated price, we can’t say for sure.